Primary Packaging Automation – A Secret Weapon in the War for Talent

Every company today is fighting a constant battle to attract and retain qualified, talented people. And that’s especially true in manufacturing and production.

There are hundreds of factors which play a role in finding and keeping the best employees. And while packaging automation doesn’t play the same role as workplace culture or employee benefits in that equation, it still plays a critical role in allowing companies to best leverage the talents of everyone involved.

Production Costs are More Than They Appear

At the core of every production company is the creation and delivery of quality products – whether they are packaging chocolate chip cookies or high-end medical devices.
Companies need to devote whatever resources required to get those products out the door and into customers’ hands – whether that is a small army of people devoted to hand-packing the various items, an automated production line, or a group effort from the various departments who all pitch in. 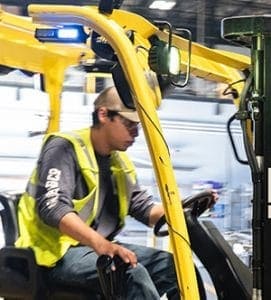 We’re not going to delve into a full-fledged ROI calculation here. But at a basic level, a person hand-packaging snack foods with a reasonable degree of accuracy might be to sustain a pace of 3 packages per minute.

When you look at a standard wage, start factoring in benefit costs, vacation time, and everything else, you are probably spending about $0.10-$0.12 cents in labor costs for each package – not counting the cost of actually making your product and all of the overhead that goes into it.

It’s also the type of job which can have a high turnover rate, which snowballs into other areas of the business as well. How much time is your team spending vetting, hiring, and replacing temporary employees? It's a labor shortage treadmill, and your production suffers.

With an automated packaging solution, a company can likely increase its production capacity with just a fraction of the labor expense – dropping those costs down to less than $0.01.

Reducing costs by more than $0.10 per package can make a major difference in a company’s bottom line. And that’s before you factor in what you’re losing on all the extra product that goes out the door with overweight packages.

Look Beyond the Numbers

However, that black and white ROI calculation isn’t truly reflective of the value these systems can create. We started this discussion talking about talent.

Despite the simplistic cost-per-package example above, the goal of packaging automation is not necessarily to slash labor costs. The goal is to allow that company to make the best use of those costs.

If a new packaging system allows a company to cut the hours spent packaging its product from 160 hours per week to 80, it doesn’t mean that two people are instantly expendable.

It means that people who had been focused on hand-packing product are now able to leverage their skills to benefit the company in other ways – focusing on another production ask or re-training for another department.

And those people who are still focused on managing the production line will continue to grow and learn new skills, which they can develop and continue to expand as the company grows.

It also doesn’t need to happen all at once. The nVenia team continually works with companies transitioning from manual to semi-automated systems and then on to full automation as their business grows. That flexibility is important.

Packaging automation isn’t about having the fewest employees possible – it’s about finding the highest and best use of each person who believes in the company’s mission.

And that is the best way to unlock any company’s potential.