As with nearly every other consumable, the costs of stretch film for pallet wrapping have increased significantly in recent months – creating even greater justification for manufacturers to add automated stretch wrapping machines to their facilities.

In many facilities, hand-wrapping of pallets is the standard. Operators simply take a roll of film and wrap it around the completed pallet. Some facilities may also choose to use pre-stretched film on a hand wrap dispenser. In most cases, operators may be able to manage about 12 loads per hour – about one pallet every 5 minutes.

But this labor-intensive process results in uneven packaging and uses significantly more film because an operator is unable to stretch the film as much as a machine would.

By contrast, a pallet wrapping machine can stretch films anywhere from 150% to 300% -- allowing for reduced film usage and lower costs per load; in some cases reducing film use by more than 60 percent compared to hand wrapping. That greater stretch of the film also results in a consistent, tighter pallet with greater containment force, greatly reducing the risk of product damage in transit. 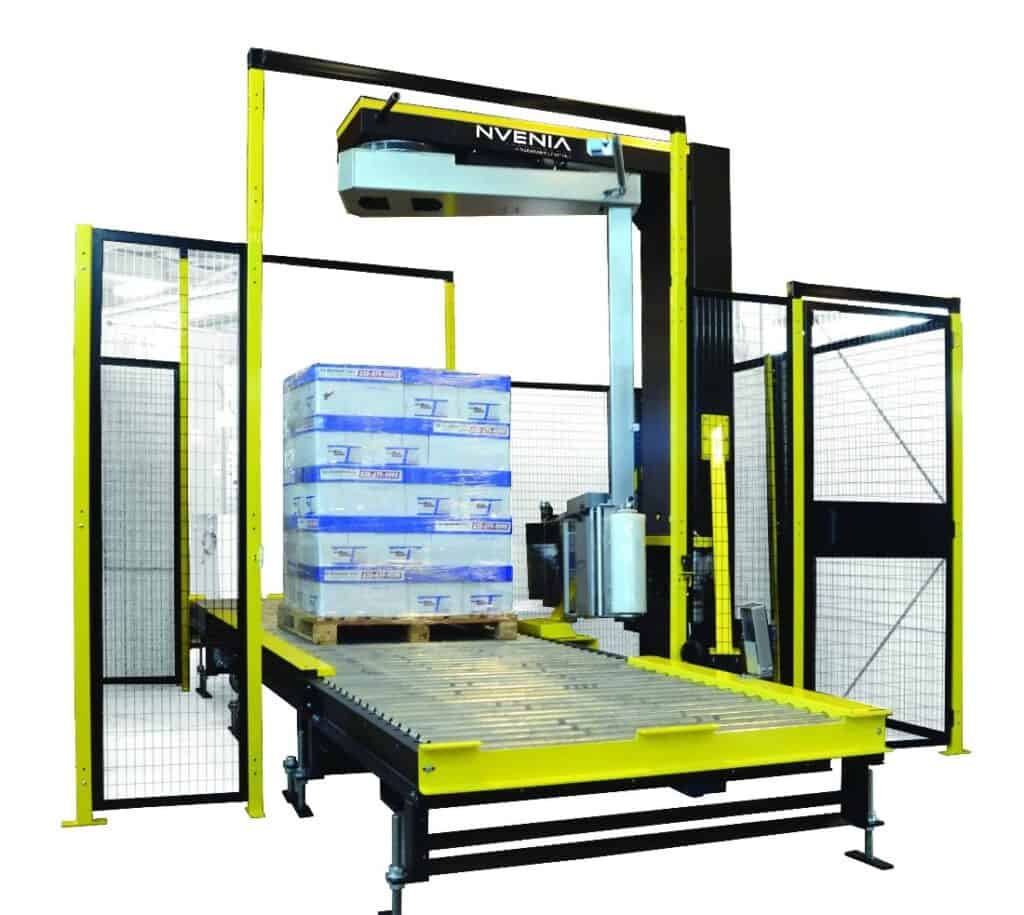 Those comparisons also become even more stark when taking them off the page and putting them in real-world scenarios, even for semi-automatic stretch wrapping machines.

When a load is being hand wrapped, and employees aren’t quite sure if the load is fully secure, they will simply use more film to try to keep the product in place. And if they don’t, the load may bounce around in transit and become damaged. Both scenarios cost money.

In the end, using an automated pallet wrapping machine helps companies reduce labor involved in the stretch wrapping process, improve product quality and the end location, and reduce costs at every stage of the process.

Based on our experience in the industry, if your company is spending at least $2000 a month on film, we expect that you can get a full return on a stretch wrapping machine investment within the first 12 months it is in operation.

Choosing the right pallet wrapping system for your facility depends on your production volumes, products, and load sizes and weights, so talk to our team about what system makes the most sense for your operations.